To start our everyday life we all need some kind of beverage. And for those of you who are addicted to coffee, Starbucks is like a safe haven. Coffee lover or not, we have all heard of Starbucks. But what is with all the hype over a mere coffee shop?

Well, for those of you who do not know, Starbucks is this popular mainly for revolutionizing the coffee industry with it’s game changing methods. They not only revolutionized the whole idea of coffee, but also finds ways to keep their customers happy. And with that, we can start talking about Starbucks Awards, we often considered the best loyalty program in existence even to this day. But why exactly is this rewards program considered to be so amazing? And if it is as amazing as they claim, are there no ways to make it even better?

How is Starbucks Rewards increasing the Bar-ista?

Starbucks Rewards may seem like nothing more than a loyalty program. But in reality, this small initiative has helped Starbucks increase their revenue to over 2.65 billion US dollars. The executives have stated that they think this improvement has been possible solely because of the loyalty program and the amount of participants they get each year. Other necessary improvements can also be made by any program like PRMMS (https://www.prmms.com).

So why exactly is this rewards program doing so well? Here is what we think!

Considering how hard everyday life keeps getting, we want some things done in an easy way. And that’s why, the Starbucks app comes to our advantage. As Starbucks has made it easier for customers to order, pay and get their coffee so easily, why would they pick some other shop over them?

The Starbucks app is also made in a very organised way. It not only shows how many stars or points you have, but also lets you know which Starbucks shop is the nearest to your current location. This app gives an edge compared to the regular “card only” programs. As only having a Loyalty program cannot make you stand out, Starbucks decided to improvise. And clearly it worked!

The Starbucks app currently generates almost 6 million of their sales.
Another thing that sets them apart from regular shops is how much effort they put in. They didn’t just make the app only to update information. The Starbucks app provides the newest offers and discounts so that the customers never get tired of the same things.

This is something you are not going to find in any other franchise. Rewarding for grocery product purchases basically means that you are earn points or stars every time you purchase anything from Starbucks that is out of their retail location. For this, you need to find a “Star Code” that is in your product and then simply type it into the app. The fact that this is not only easy to do, but also very innovative is what makes Starbucks rewards a very unique loyalty program.

A “Gold Card” is something a Starbucks user gets when they reach 300 stars within a 12 month period. This level of achievement comes with a few advantages like:-

And along with these offers, you also get a cool, personalized gold card!

Now, one may think that the advantages one gets because of the gold card is not exactly very exclusive. Then why would someone be motivated to get 30 stars just for a shiny Gold Card? This is because, unlike the regular coffee shops nearby, what most Starbucks members want is to feel important.

We don’t only buy Starbucks Coffee to drink it. As much as we might hate to admit this, but most of us actually do not even start drinking their beverage without posting about it on social media. And so, even if the perks coming with this gold card may not be much, one thing you are getting out of this is feeling exclusive and important to the franchise.

How Starbucks Rewards Misses the Mark

As much as the program may be great; and in this case, the Starbucks Rewards is, in fact, one of the best rewards programs/ loyalty programs you will come across, they can also improve in some areas. There are programs that can help in making better loyalty relationships with the customers, one of which is PRMMS (https://www.prmms.com). This will not only help to increase their sales, but also, get a few more customers that they might using because of a few downsides.

Back in 2016, Starbucks released a series of videos to give information on their franchise and whatnot. But although they have been implementing countless strategies to improve their sales, what they still have kept us in the dark about is its earning conditions. As far as the videos explain, the Stars points do not expire. As it seems, if you do not get 300 Stars consecutively during the 12-month period, the stars that you do earn eventually get cancelled and your points or stars get reset to 0. As these things are not mentioned in the videos, or on the page, there are many customers Starbucks loses or might lose over these misconceptions.

This information is something that we had to gather after going through different links. And so, you can only assume the countless number of customers that do not even have any idea about a policy like this existing at Starbucks. So, this is one thing they can improve so that the customers do not feel like they were played.

Tiers are a great way to encourage customers to engage in the Starbucks app. But only a few tiers are present in the Starbucks app. Even though tires in general are a very good marketing strategy, for some reason Starbucks is not implementing it as much. There are only two levels to cross when it comes to the Starbucks app and the only thing that the customers get after 12 month period of 300 stars is the gold card. After that, there is no other level. So what is a person supposed to do after they are already done getting a gold card? This is something that franchise needs to work on. They can add another level or a few more levels which have their own kinds of perks. If everyone gets to have a gold card after 12 months and 300 stars, at one point, there will not be any one existing who does not own one. And so, most people will stop feeling like they are exclusive, and that is why, there needs to be a few more levels are Tires in the Starbucks app.

3. Customers have to pay with a Starbucks Card or the App

This is something that can be seen from both angles. As a marketing strategy, it is actually pretty good because it compels the customers to engage in the franchise and the app. Not only this, when the card loads up the customer knows that they have to spend it at a Starbucks store. This also discourages the use of credit cards as using a credit card also comes with transaction fee. So, from a company’s point of view, it is a huge win.

But this strategy has a negative side as well. The fact that you cannot go to Starbucks for coffee unless you have a card loaded is sort of a downside. Because, if you think about it, why would you bother having your card loaded and then go to Starbucks Store. If someone sees that they do not have the car loaded, then they can simply avoid going to Starbucks shop and get a coffee from somewhere else. So, if we think about it, this is actually a downside which needs to be improvised.

Most people consider the Starbucks rewards as the best rewards program in the world of retail. But with every strategy comes a few downsides. Starbucks being the best, it may not have major flaws, but there are some minor things they can improve. These are adding a few more tiers to keep it exclusive, stating the earning conditions a bit more clearer and adding a few more methods of payments. If these improvements are considered to be made, then there is nothing stopping Starbucks from being the best of the best.

In order to be like Starbucks, there is only one way to find out. Learn about PRM Services website right now to get a free consultation on how to work on a excellent Rewards Loyalty for your customers and your employee

Factors To Know When Applying For A Personal Loan

The Functions and Types of Business Loan 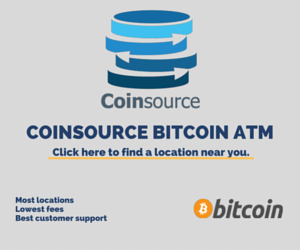